I spent a good hour yesterday on good earth trying to find a spot I had never been that looked like a fun place to paddle.  Around the head of Brigus looked interesting so thats what I picked.
I sent out an email yesterday to see if anyone was interested in paddling from Brigus to Cupids.  Most had other plans,  few were a maybe, Terry was good to go.  We met at the TCH Irving at 9 and headed off to Brigus.

Hell of a view from the beach!  Off to a good start. 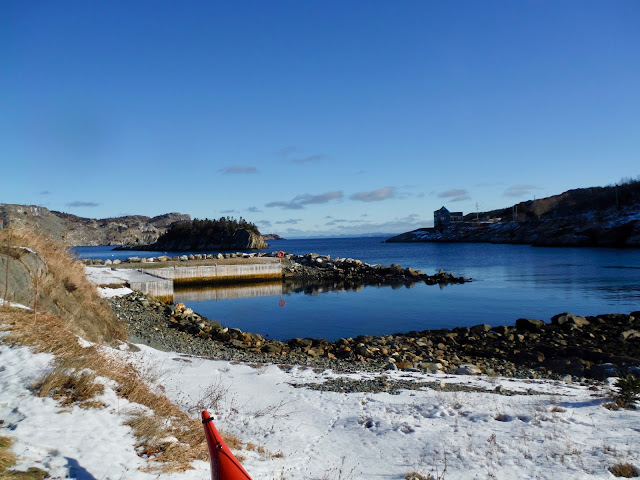 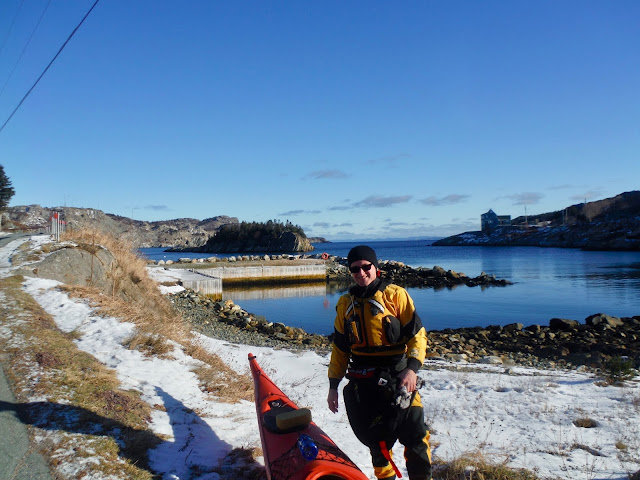 Just heading out of Brigus to have a look at the town. 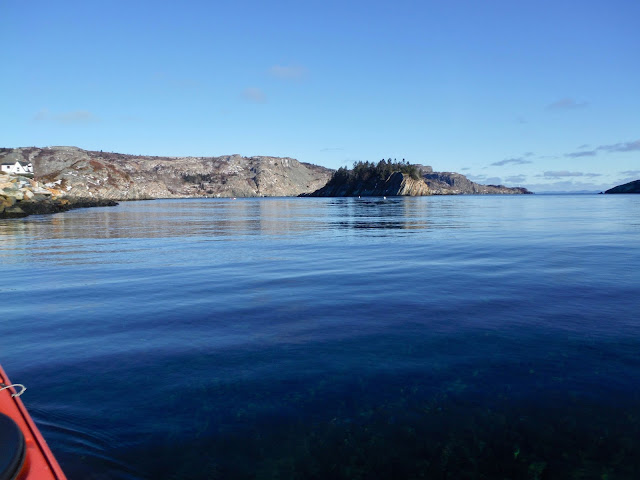 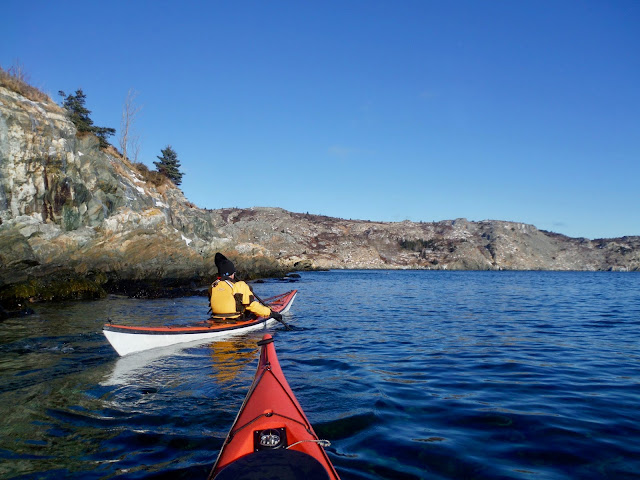 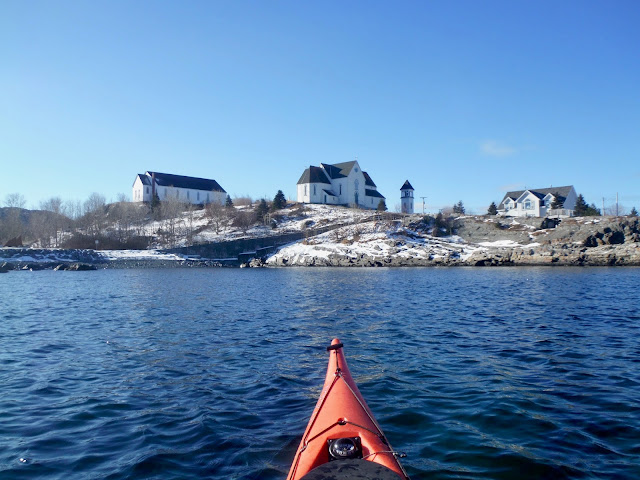 As always we took our time heading out, squeezing through wherever our boats would fit. 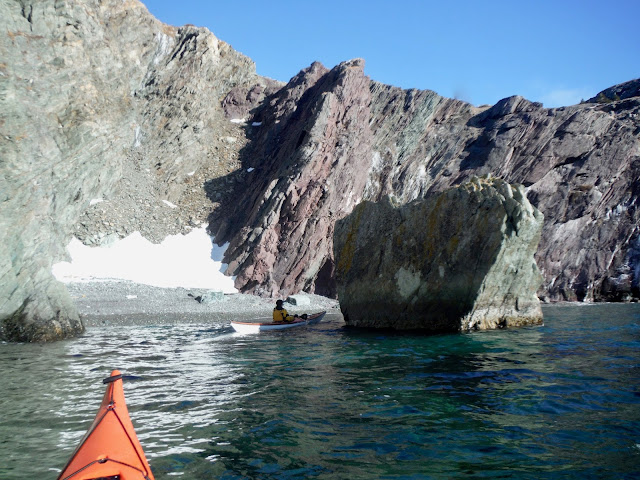 Picturesque lighthouse at the end of Brigus Head. 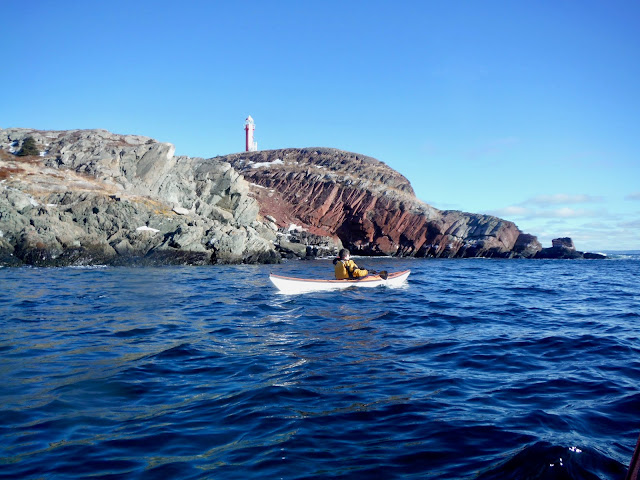 Things began to pick up a bit as we rounded the headland. 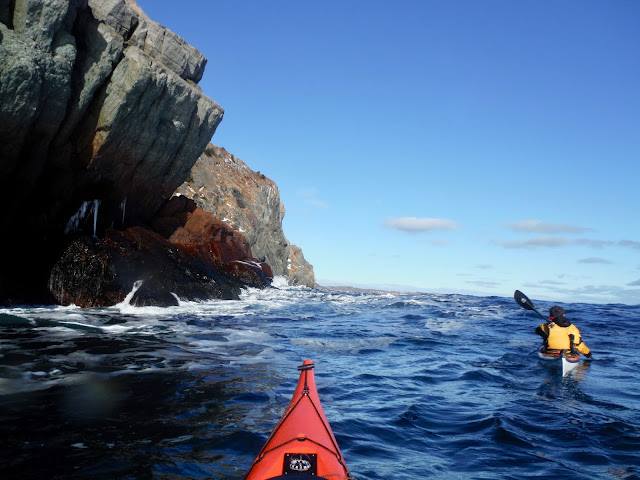 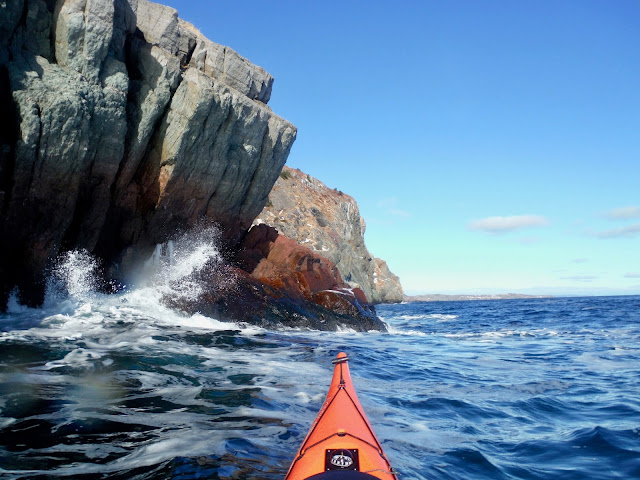 This is one of the more beautiful places I've paddled.
It was a slow go out because myself and Terry kept stopping to play or take in the view. 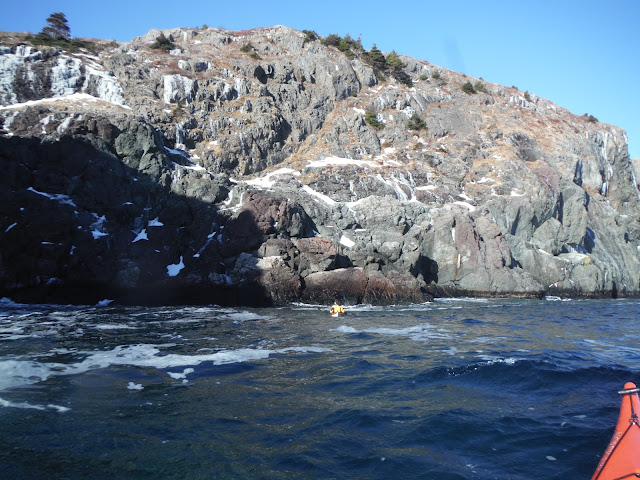 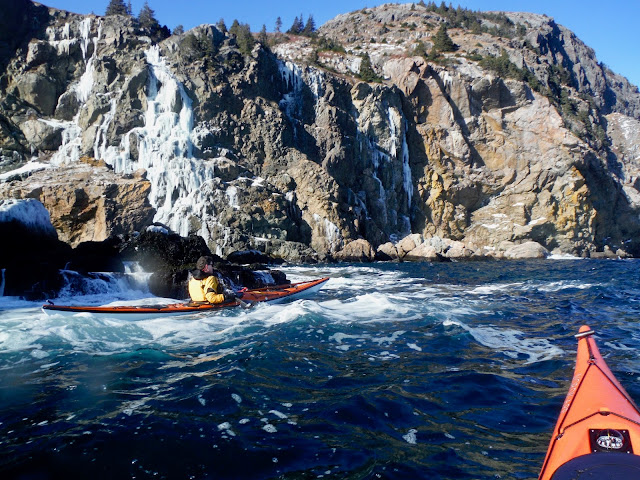 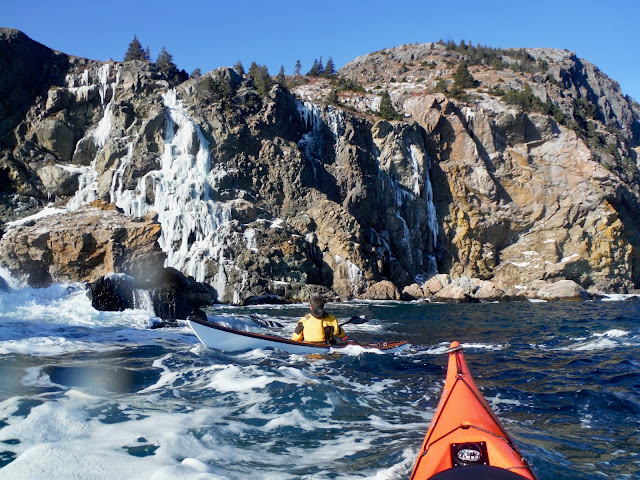 3
The swell made for a great bit of fun! 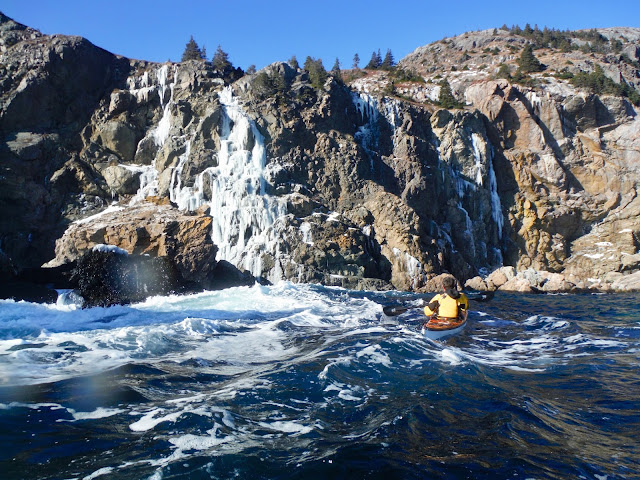 Came across this little cove with a few larger islands close together, so we spent some time playing around here and meandering our way around it all. 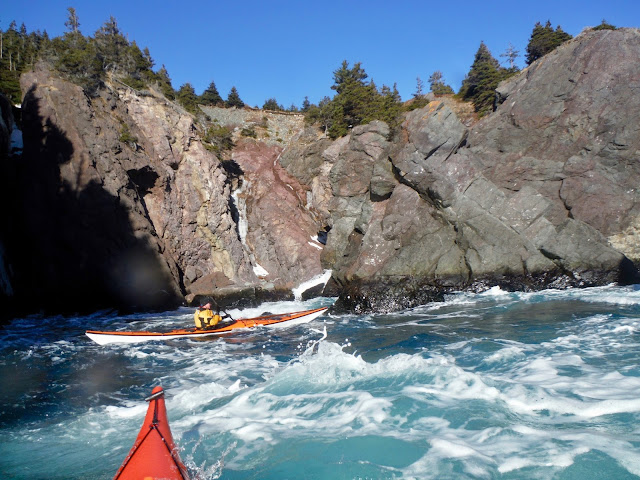 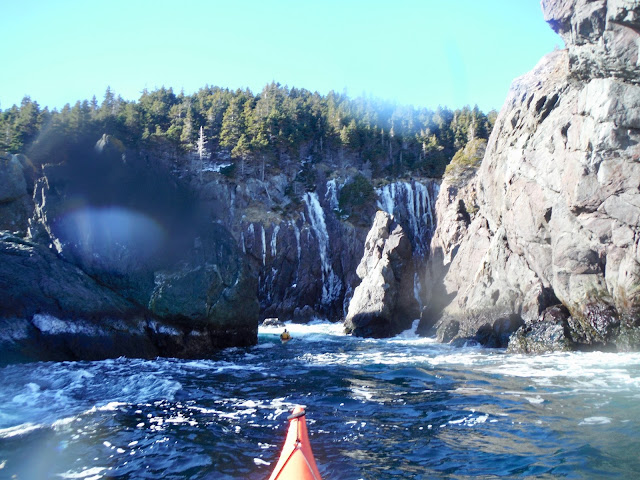 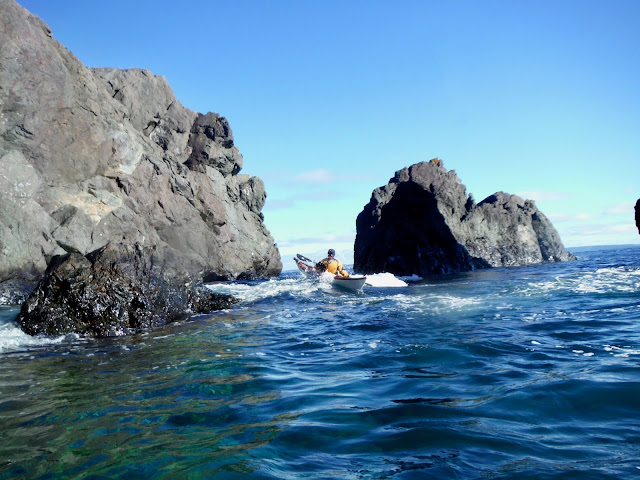 We saw some waves crashing offshore a bit, so naturally we went to take a closer look.
Fun little spot!  We both made our way through after mucking around for a bit.
I dropped the camera to brace on the crashing wave.

After we passed here there was a little cove we headed into.  We paddled close to the rock garden seeing what fun we could find.  Terry noticed a narrow passage through the rocks we could make our way through between sets.  I had a plastic boat so I went first and got a good push through.  I turned around an Terry had already started coming through.  I saw one wave pass under him, then I saw a much larger wave coming behind him.  My first thought was "oh shit". LOL  Next thing Terry was on the face of this wave getting pushed through this narrow channel.  The further he got through, the steeper his boat became.  I remember thinking just before Terry threw his paddle into the water/rocks "holy shit, he's gonna get pitch-poled".  His boat started to broach but the passage was so narrow his bow and stern hit the rocks at the same time. He threw out a brace and the wave passed under him.  What a rush...more so for him, but I was pretty nervous myself lol.  We assessed the damage and found a large chunk of gelcoat and trim broken off the nose of Terrry's boat and a few small nicks in the stern.  Could have been much worse, and all are easily fixed, so we had a few laughs about it and carried on. 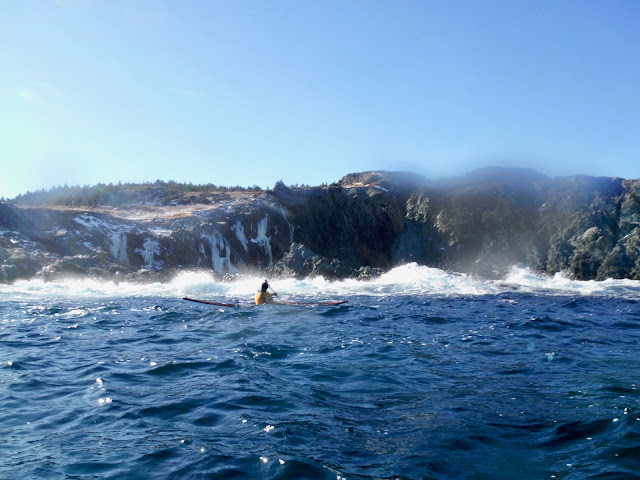 This place is 10/10 for paddling, but if you decide to do it be prepared.  There are no outs from Brigus to Cupids, and the conditions around the headland were a decent size.
Making our way into Cupid's for some lunch. 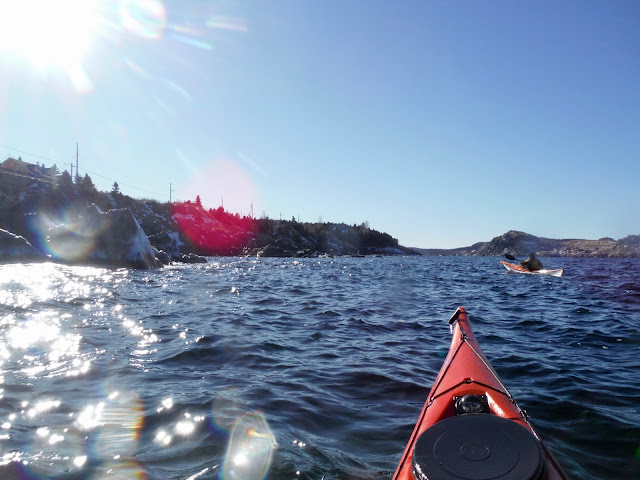 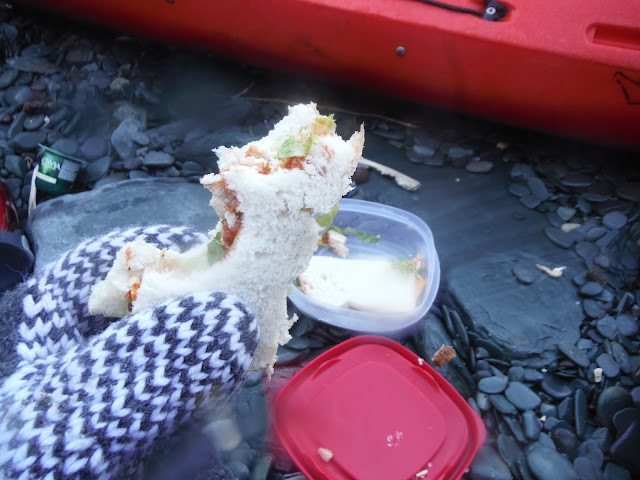 Again, what a beautiful spot! 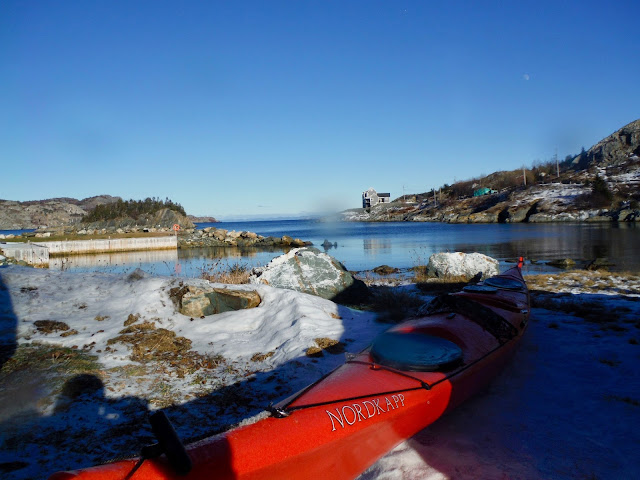 Not trip would be complete without our post game coffee. 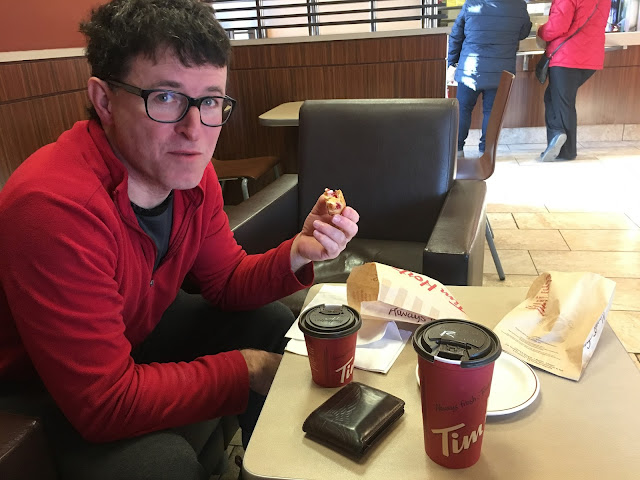 What an incredible place to paddle!!!
Rock gardens, passageways, large conditions, and its beautiful the whole way!
This is my new favourite place to paddle.  I said to Terry the last time I enjoyed a trip this much was two summers ago around the headland at Cape Broyle.
I won't forget this one anytime soon.
Thanks for joining Terry!
Posted by Unknown at 3:14 PM