Yesterday Tony sent out an e-mail suggesting a paddle from St. Philips to Topsail Beach.
As usual I said I would join in so we met up in St. Philips this morning with a pretty good turnout of 8 or 9 people. 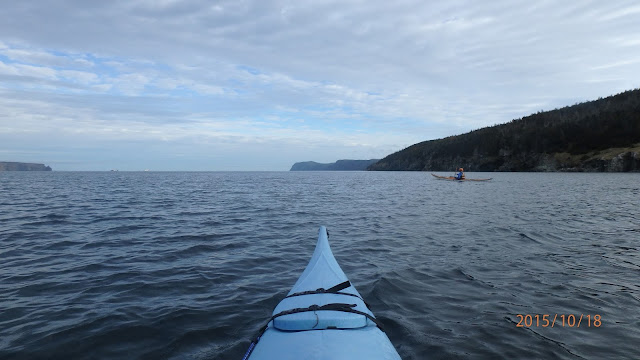 Our plan was to go from St. Philips to Topsail beach, but when we got out in the cove we noticed a bunch of whales playing around down by Portugal Cove so we headed that way to get a closer look.

I got close enough to get a few little videos but there were a lot of whales today.  Nice surprise on a Sunday paddle

This was the best video I thought.

A few time a whale came up right beside me but I wasn't quick enough with the camera to get any shots.
The whales seemed to have slowed down so we moved on to Portugal cove. 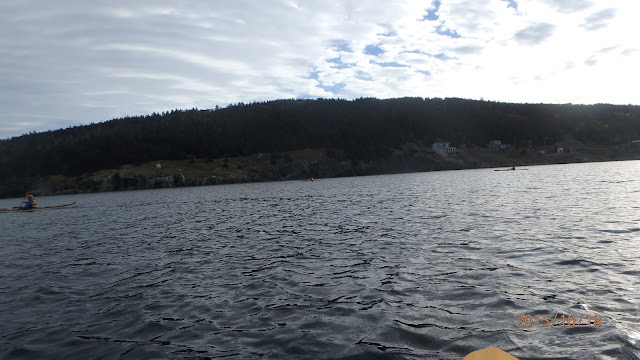 It's been a while since I had a paddle with Dean... Great Colinet Island I think? 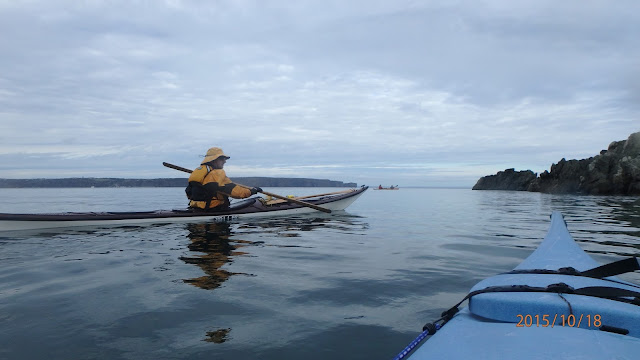 Most of us trying to squeeze through every little channel we could.  We had a high tide today so it was a lot of fun paddling between all the rocks. 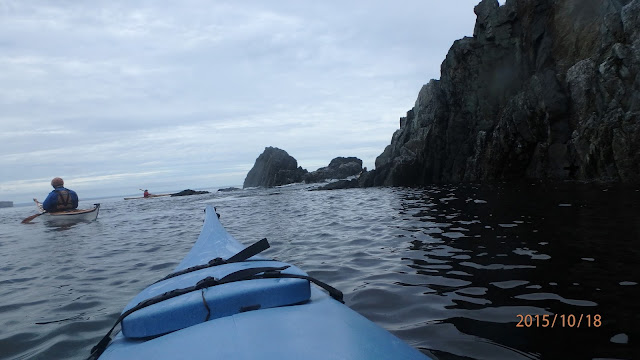 When we got to Portugal cove there we a lot of rocks to meander through so we stopped to have a little fun there.  No big waves or anything but fun all the same.


After we had our fill of fun we made our way back to St. Philips. 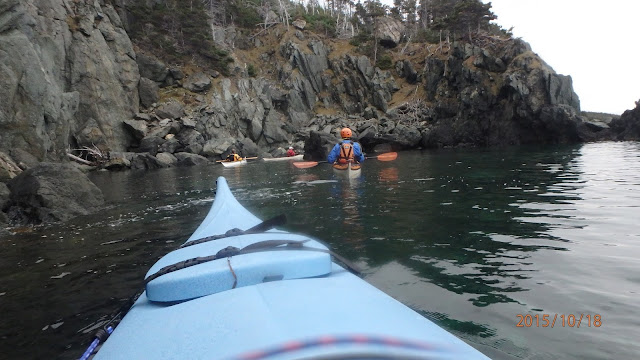 Dean just couldn't keep his boat away from the rock today haha. 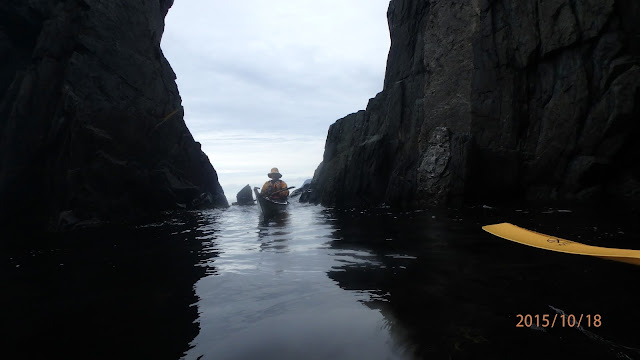 I must have paddle this at least a dozen times this year and today was the first time I notice this little mini sea arch. 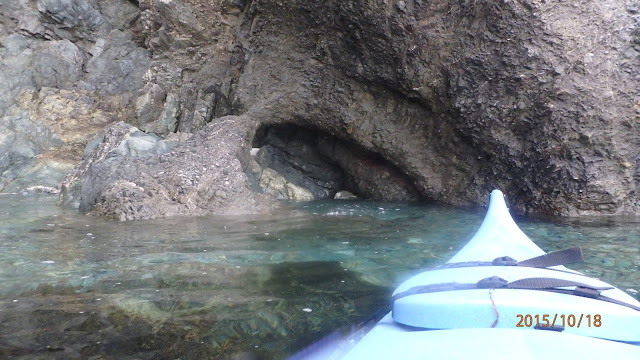 That's pretty much it... for the St. Philips / Portugal Cove run. 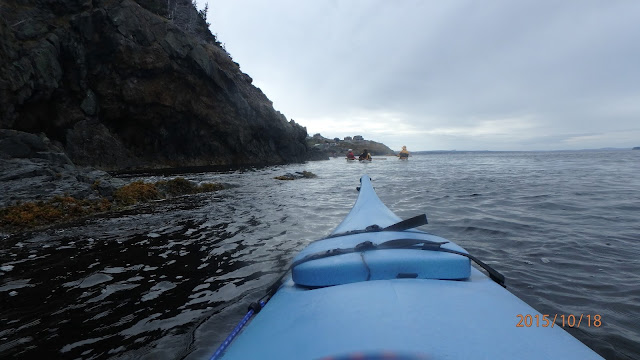 I think it was Tony, Dean, Brian, Clyde, Cathy, Derek, Gerard, and myself for this portion of the paddle.  I don't think I forgot anyone there.  Anyway a few of us weren't satisfied yet so Tony, Gerard, Cathy, and myself carried on to Topsail beach.  My camera ran out of battery so I didn't get any pictures of this leg of the trip, but Tony had his camera to catch a few shots.
We stopped half way to Topsail and had a little rest and a snack then continued on to finish the trip.
I believe we did close to 24 KM today, not bad for a Sunday paddle.
Between the whales and the rocks I had a great day paddling.  Thanks to everyone who joined in the fun!  Hopefully we'll do it all again next week!!

Check out MY NEWFOUNDLAND KAYAK EXPERIENCE and
Newfoundland Kayakoholic
for more picture of the day.