Today I woke up a little late and when I checked my email I saw Tony had sent out saying St. Philip's 9a.m.  I very quickly decided it was much better to start the week with a paddle that to be late for work so I took a vacation day, packed up and went to good ol St  Philip's.
Today it was myself 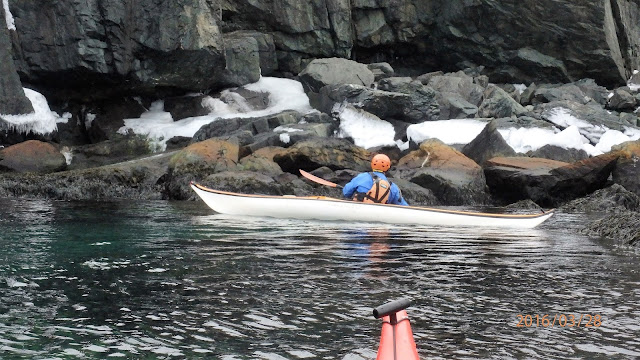 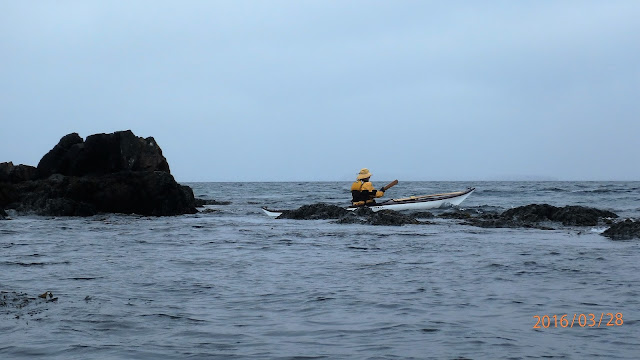 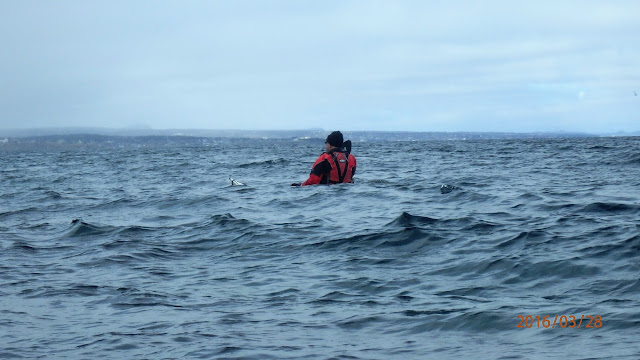 and Snow White (aka Cathy) 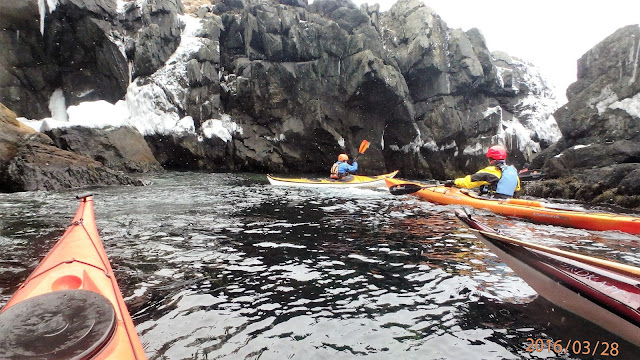 Myself, Dean, and Derrick went out yesterday to Brock Falls I believe its called and back and it was flat calm and sunny, an awesome day for sure.  Today was a little choppier which made for a lot of fun playing around the rocks. 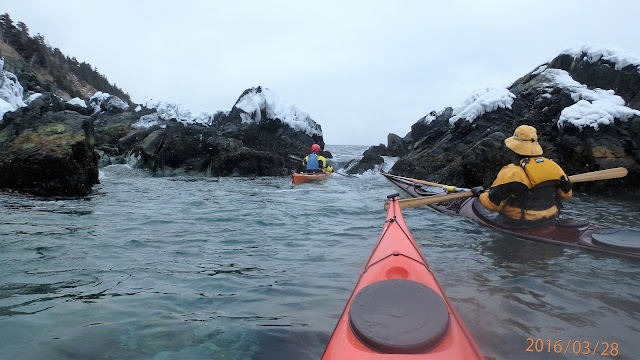 We all lined up and had a go at every spot we thought we could squeeze out boats through.  This is one of my favorite parts of paddling.

We carried on making our way through ever channel and meandered around every rock that stuck up close to the shore line. 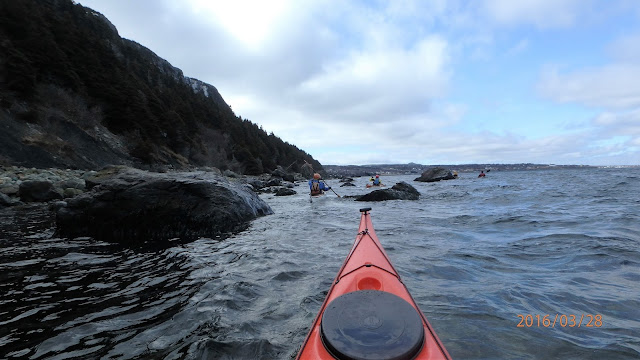 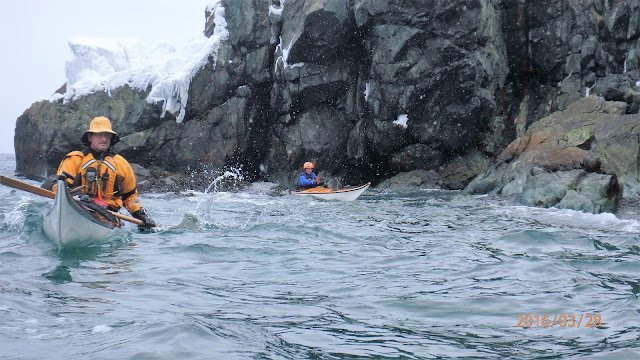 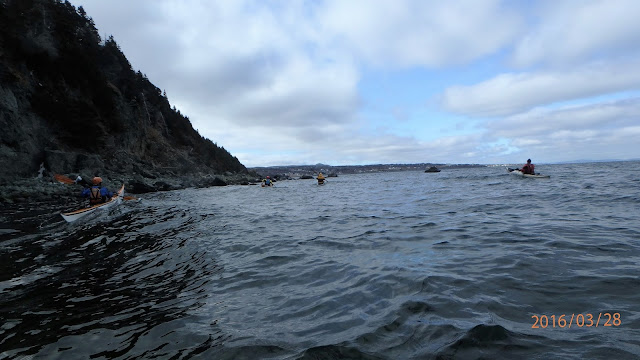 We got up to Topsail Beach and pulled in for a little snack/rest.  Great Picture! 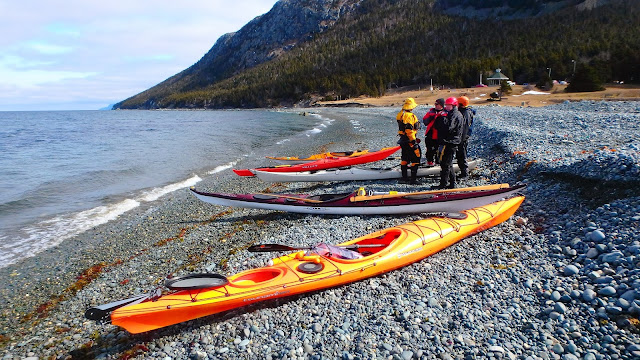 After 15-20 minutes we were starting to cool off and the wind was picking up so we climbed back in out kayaks to head back to St. Philip's.
The sea state picked up a fair amount during our short stop on the beach.  On the way back Dean and myself were taking our time and chatting about different things as the others carried on with a bit more speed.  I was just behind Dean and he pointed out a big rock to me that the waves were hiding and just as I saw it a wave pushed me right over top of it.  As the wave passed I was perched on the rock and the next wave which was a little bigger knocked me over.  Now today was especially great for me because this was the first time I successfully completed a roll when I NEEDED to.  Iv been able to roll both sides no problem for a few months now but there has been a few times in conditions where I would get knocked over roll up and go over again ending up with a swim.  So today was my landmark for first successful roll in some conditions.
So thanks for the great paddle today bys, and thanks again to the people that are helping me learn the skills to be able to handle these situations.
Great couple of days!